The Law of Brevity and Dolphin Communication

Every living thing has a method of communication, and it is fascinating to explore the depths of it. For example, humans use short words the most. Some of the most commonly used words are I, a, and the. This is a means of being efficient in communication, and dolphins are believed to follow similar types of patterns in their communication efforts as well.

This is referred to as the Law of Brevity, and it has become a very interesting and valuable area of study. It has been able to show that evolution plays a key role in communication in both humans and animals. Such studies also show animals are more capable of effective communication than humans once gave them credit for. 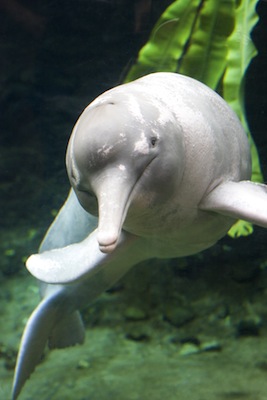 One person that has been involved in such studies is David Lusseau, a Behavioral Ecologist at the University of Aberdeen in Scotland. He believes that the Law of Brevity tells us a great deal about ourselves. It also explains many of the levels of complexity in the world regarding communication. There are still unknown factors though such as if it is limited or if there are so many ways to reach it that it is limitless.

The desire of Lusseau to learn more about the complexities of communication systems led him and to study dolphins along with a colleague, Ramon Ferrer-i-Cancho. They chose to study dolphins due to the fact that they are distanced from humans on the tree of evolution. Approximately 65 million years ago they split from humans, and they have brains that are designed different from those of humans.

Studies show that dolphins have the ability to use about 30 different nonverbal behaviors that allow them to effective communicate. However, we don’t have all the information to really understand the messages being sent all the time. For example, a dolphin that does a side flip or several of them is sending a message to the rest of the group. Are they telling them to follow the hierarchy within the group or is there another message from this movement?

To get the most out of the research efforts, all of the 30 behaviors were broken down individually into behavioral units. A flip equals 2 units while a head butt equals 4 units. There were hundreds of hours invested in observing and analyzing the dolphins. This included very simple behaviors as well as those that are quite complex.

The Law of Brevity is exhibited in all human languages, and it is evident in these observations of the dolphins too. Basically, when you have more to say, finding a shorter way to communicate it will save you time and deliver the message faster. At the same time, the listener is able to use less effort to understand that message being said to them. This all improves communicate results.

This type of study with the dolphins is just the tip of the iceberg. Many scientists including Brenda McCowan of the University of California have the theory that there are plenty of other types of animals that use the Law of Brevity as well. She believes that there are various systems in place when it comes to communicate that are structured in a manner that works for that type of animal.

As more data is compiled and analyzed, it shows that humans aren’t unique when it comes to communication and the Law of Brevity. McCowan encourages us to be open to the idea and to think about how it affects our relationships with animals in the world. It can help us to see how animals fit into society differently than we imagined before.