My Pod – A Real Story 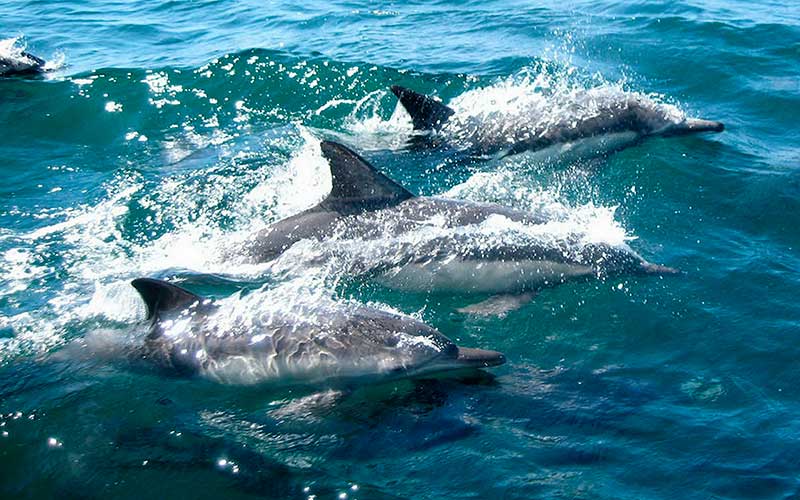 The Story of Emily while Kayaking

While kayaking on Biscayne Bay during the past two weeks, I saw a bunch of flippers splashing vigorously above the water’s surface, on five different days, near the pilings of a low bridge I often paddle beneath. It’s a favorite spot, because the bridge is too low for powerboats.

I saw the flipper-splashing-commotion in the second arch from shore, while I paddled through the third arch from shore, about 10 feet away. At first, I thought it was a school of small fish, leaping out of the water. When I got a closer look, I thought they resembled a dolphin’s flippers, but there were too many flippers for one dolphin.

For some reason, I decided “it” must be a big turtle with a lot of flippers. (I’m from New Jersey, and don’t know much about turtles.) I assumed two dolphins would not hang out that close together, or float so near to the surface, in a stationary location, every day for two weeks. Yet, for some reason, I thought that a really big, multi-flippered turtle would. (Duh.)

At the time, I didn’t realize that a pregnant dolphin usually seeks a protected area to give birth, accompanied by a sort of wingman from the pod, akin to a “mid-wife,” and usually bears a single calf.

Four days ago, I kayaked in the second arch, by mistake, and about 5 feet in front of me, the flippers went nuts. I realized “the creature” was trying to scare me away. I thought that if I back-paddled, I might get stuck in the pilings, and I could not figure out a way to reverse course without nearly stopping first. “The creature,” now just 3 feet way, might misinterpret the kayak’s maneuvering as predatory, and get aggressive.

I figured that Miami marine life is familiar with boaters, and that “the creature” would feel least threatened if I continued to glide past. I took gentle, shallow strokes so I would not strike “it” with my paddle, hoping it understood to swim low. When I glided over it, and didn’t feel any warning bumps on the underside of my kayak, I knew “it” understood.

The poor thing had seemed so frantic that I decided “it” was stuck. Why else would a “turtle” stay in one place for two weeks? I know a guy in Palm Beach who works with marine life, so I decided to give him a call, but I didn’t know how to describe it. Yesterday, I paddled by for a closer look. Nothing.

This morning, I paddled through the third arch as usual, searching for the “turtle.” There was no frantic splashing of flippers.

Instead, I saw the classic arch of a dolphin surfacing for air – – in miniature! It was a tiny, newborn dolphin, no bigger than a yardstick. First one gentle arch, then its identical sibling…this pair of twins…breathtaking!

Thanks to Emily for submitting her story.