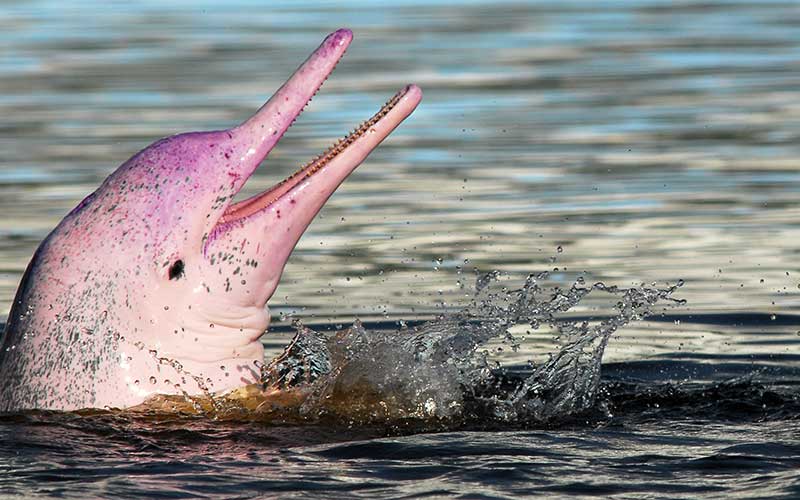 The human being may be sure that he is the most intelligent creature on Earth. His technological and scientific achievements have bestowed hundreds of benefits for humanity and can brag about the fascinating possibilities that the future can bring if it does not destroy himself. However, it is interesting how on many occasions, nonhuman beings have a couple of lessons to teach Homo sapiens.

Dolphins are often considered the second or third most intelligent animals after man. Research has yielded tons of information about its life, its social structure, and its development. Their sense of echolocation has fascinated scientists, who do not hesitate to study it to apply the same mechanism to technologies that facilitate human life and help to fulfill special purposes. But is this all that we can learn from dolphins?

Of course not. These amazing, intelligent mammals have some lessons to teach humans, lessons whose application represents a benefit in the personal and social life of man, now more concerned with the achievement of his work goals and individual recognition.

Close social bonds are better than a lonely life.
Dolphins maintain very close ties with their pod companions. They are highly sociable and do not hesitate to help each other. They are even able to remember many years after they last saw each other and aid to survive those who are sick. When humans imitate this behavior, it improves their mood, reduces stress and increases their chances of survival.

Dolphins are considered the second or third most intelligent animals after man.

Dolphins understand when a dolphin or a human being are vulnerable to some danger, and that is why they are believed to have come to the rescue. They do not just leave those who need help. Would not be wonderful if people always did the same? Empathy in humans, besides, allows the understanding of different ideas, tolerance, and respect.

Most of these cetaceans cooperate to find food, care for the young and protect each other. Humans try most of the time exclusively their well-being, but working together with others, is a good way to increase everyone’s success and improve living conditions.

Dolphins have found ways to solve some difficulties, as many tests show: they use sponges to protect themselves from rough surfaces, mimic human movements and even communicate through a varied repertoire of sounds. If they can, anyone else can and not just the researchers.

Live without damaging the environment.

This aspect is perhaps the most important since our environment is degrading as people become unaware of their implications on Earth and their responsibilities in it. Dolphins live in an aquatic environment from which they use resources for their means, but do not cause damage. They use what they need.

The scientific and technological areas are the ones that have benefited most from all the information acquired from dolphins. Current trends focus on the application of echolocation both in technology and in people’s daily life for impaired people and in developing methods for protecting other species. It seems that too much is known, but the truth is that much remains to be discovered and to be learned yet, that is why scientists continue studying them.

EVEN MORE LEARNING FROM DOLPHINS

While dolphin research is still in its infancy, the wealth of information that we may one day glean from these magnificent creatures is unimaginable. One lesson that we can learn from them, however, could be a key to the survival of our civilization. In today’s hectic world, the dolphin community may just offer a few lessons that we should take the time to learn.

There’s a saying in our culture that suggests “it takes a village to raise a child.” In earlier times, our society often reflected this concept. Today, however, morals and values are almost nonexistent, and technology continues to contribute to the breakdown of our families, communities and our society as a whole. Dolphins, however, are cooperative and playful. Their communities or pods persist under dangerous conditions only because of the bonds and support the members offer to one another. In the world of the dolphin, members care for and protect each other. Dolphins are creatures of socialization just as we are.

As human beings, maybe it’s time that we take a look back at how we have evolved and consider instead returning to the way of the dolphin, rather than spreading farther and farther from each other, the answer to our problems is perhaps instead, to come closer. The pod concept that protects dolphins could very well be the ideal that could protect our families and our communities.

There is, in fact, a society that is seriously contemplating the concept of pod living. The Sirius Institute, in Hawaii, has developed a model human society based on pod living. According to their website, Sirius believes that the pod prototype can help us “restore our currently fragmented society,” living in a way that provides an environment where “humans can belong to something bigger than themselves and stand out for who they are and the contributions they make,” instead of what they possess.

The Sirius Pod model allows people to interact within their homes, neighborhoods and in some cases, worlds. The children living in this environment are raised together, very similar to the way dolphins raise their young. Sirius believes that their pod models are “islands of stability” where people can come together to grow and prosper.

While the Sirius model may seem a little vague and sounds very much like the lifestyle we already think we’re living, it would be a positive thing for each and every one of us to stop and consider what the important things are and why we’ve let them fall by the wayside.

If we can learn anything from dolphins, it could just very well be that we need to refocus our attention on how we’re living our lives and why.

Dolphins continue surviving against increasing odds. The intelligence level that these animals display and their ability to interact not only with their peer but to also in harmony with others is a lesson we should all learn.