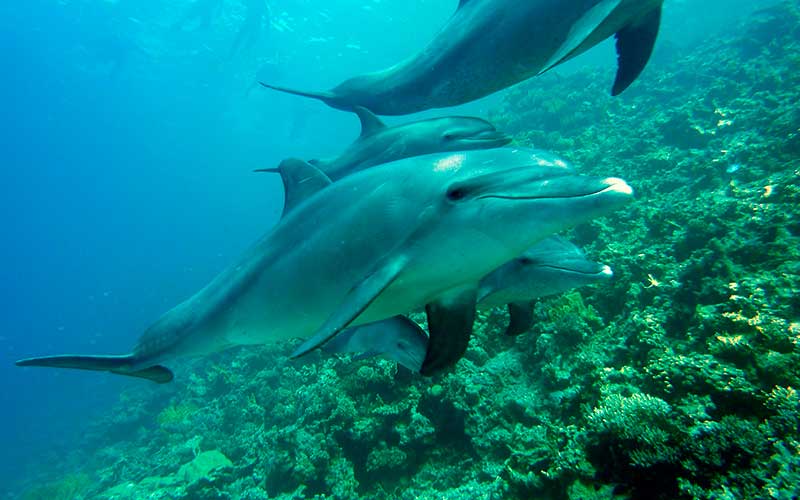 There are 43 species of dolphins found in the world. 38 are oceanic, and five are river dolphins. Evidently, those who inhabit the ocean dwell in saltwater but those living in rivers, are adapted to freshwater. These numbers are continuously changing because of new discoveries, taxonomic reclassification, and genetic studies.

All dolphins belong to the cetacean infraorder which also includes whales, dolphins, and porpoises.

The Cetacea infraorder is broken down into two parvorders. The first is the Mysticeti, which is made up of Baleen Whales, a group that captures prey by straining water through a series of baleen plates in their mouths which act as filters to collect the food.

The second parvorder in the Cetacea infraorder is the Odontoceti; a group made up of toothed whales which have several families and superfamilies.

The first family is the Ziphiidae, which is composed entirely of big toothed whales like the beaked whales, a group of deep divers, rarely seen by humans.

The second family in the Odontoceti parvorder is the Physeteridae, which includes only the Sperm Whale,

The third is the Kogiidae which includes the Pygmy Sperm Whale, and Dwarf Sperm Whale.

The fourth family is the Monodontidae family, which includes the Beluga Whale and the Narwhal.

The Superfamily Inioidea includes the four families of river dolphins, and all the species that dwell in freshwater belong to this group.

The Delphinidae family is made up of oceanic dolphins including:

The name Dolphin comes from the word womb, and it is believed to be the Greek saying for fish with a womb.

The largest dolphin species is the Orca, which is commonly known as the Killer Whale. These dolphins can be over 31 feet long when fully grown, a size which has provided them with the colloquial name of whales although they are dolphins.

There are all types of dolphins, some live in shallow waters near the coasts, but other prefer the high seas. Some fancy warm tropical waters while some species inhabit circumpolar regions. There are great differences among the species of dolphins, and that is why there are various genus and families. 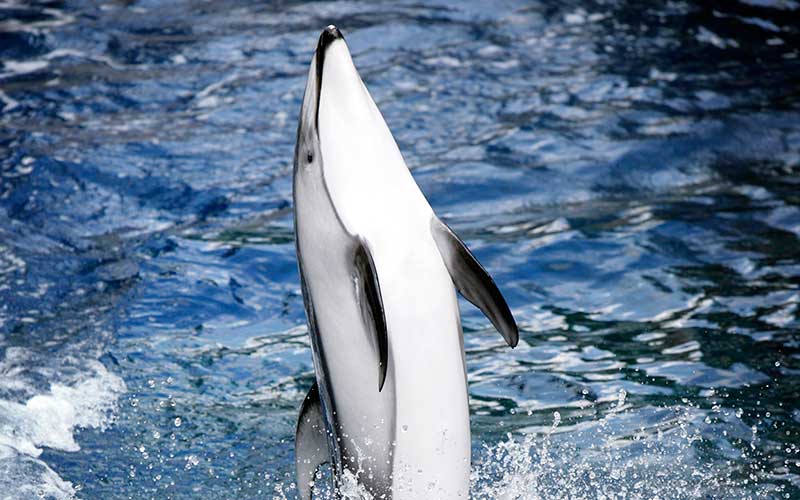 In 2011, scientists discovered a new dolphin species in Big City Harbor around Australia. The novel dolphin got the colloquial name of Burrunan Dolphin and is believed to inhabit only two areas at this time. There are about 100 of them in Port Phillip Bay around Melbourne and about 50 more of them in the coastal lakes of Gippsland which is about 100 miles away.

The type of dolphin you will see in a given area depends on environmental factors such as food availability and the temperature. The time of year also is a factor due to the migrational patterns of most dolphins. Studies also indicate that there are differences among the species of dolphins regarding their skull size and form, variations that may lead to future taxonomical changes.

Perhaps the most popular of all dolphins is the Bottlenose Dolphin; This is the species you often see in books, movies, and when you visit an aquarium. They are intelligent, easy to train, and they are more likely to approach humans in the wild than other species.

River Dolphins live in freshwater, and they inhabit some of these systems in South America and Asia. They are smaller than most oceanic dolphins, with an average size of about 8 feet when fully mature. They can be various colors including brown, gray, or pink.

The Roughed Tooth Dolphin, as some other species, is harder to spot out there in the ocean because they prefer waters with great depths. They can weigh around 350 pounds and measure about 8 ½ feet long. They have a small head and feature a long snout, lacking the crease on the melon that other dolphins have separating the beak from this organ.

The square-shaped head of the Risso Dolphin is a telling sign of what species you are seeing. They don’t have any teeth in the upper jaw, but they have several pegs-like teeth on the bottom jaw.

The Striped Dolphin gets its name from the blue and white stripes on its body. This species is believed to have the highest population in the world as well as the biggest overall distribution of that population. If you want to be impressed by acrobatics, check out this Dolphin.

The Common Dolphin was very respected in the early cultures. Researchers have found items from the Ancient Greek and Roman times picturing this cetacean.

The Dusky Dolphins tend to live in waters cooler than the temperatures preferred by other species of dolphins. They can be found in coastal regions as well performing astonishing leaps out of the water.

The Killer Whale is the most remarkable dolphin due to its size and strength. They can take down seals effortlessly which is important due to the significant volume of food that they need to consume on a daily basis.

The Pilot Whale can weigh up to 5,000 pounds and be up to 24 feet long being the second largest dolphin only after the Killer whale. They are believed to be the most social of the dolphin species.