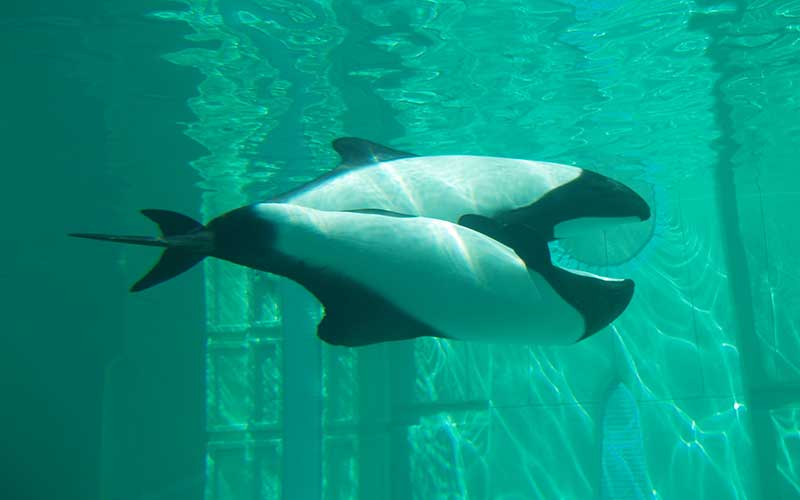 HOW TO BECOME A DOLPHIN AND NOT DIE IN THE ATTEMPT?

The reproductive habits of dolphins are not defined exclusively by the need to perpetuate the species. Like humans, these cetaceans mate for pleasure with individuals of the opposite sex, of the same genus or even a different species to their own, so talking about reproductive habits in strict terms does not apply to dolphins. Some researchers think that their recreational sexuality has social purposes.

When mating with the intention to produce offspring, their habits are varied. The age of sexual maturity depends on the geographical region they inhabit, the genus and the species, but most dolphins reach sexual maturity between five and eight years of age. Males take longer and can be sexually mature at the age of 11. Occasionally they begin to have sexual contact before they can reproduce.

Now, how do dolphins breed?

Most dolphins reach sexual maturity between 5 and eight years of age.

Before copulation, the necessary conditions must exist to take place. Sometimes sexual maturity is not relevant, but so is the receptivity of females. The mating season of bottlenose dolphins and other species lasts during the whole year although in some areas of the world more sexual contact may occur during the spring and autumn months.

The age of maturity for dolphins varies significantly among species. For females, the age can range from 5 to 13 and for males, it is often much later with the range being from 9 to 14 years of age. 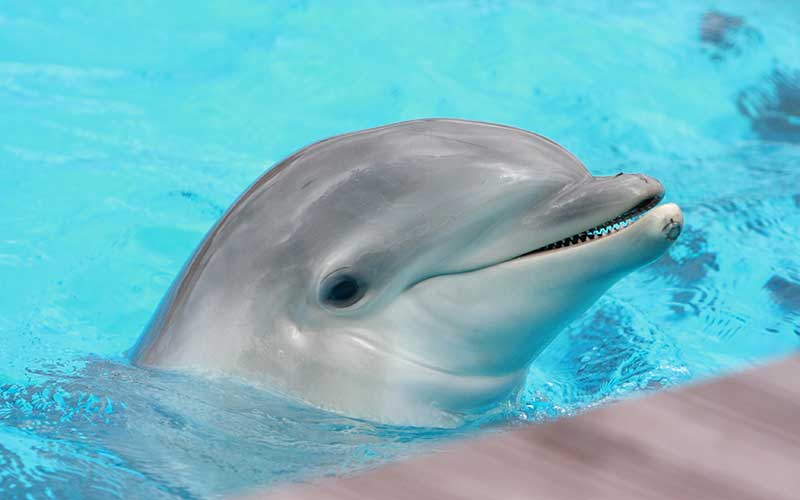 Females can be receptive during the 365 days fo the year, and like males, they have several partners in the same season. Dolphins are not very direct; this means that before mating they strive to get the attention of the opposite sex by manifesting a well-identified courting process.

They can begin the contact by chasing each other and giving very soft bites to the partner. His eyes take on a languid look, and the dominant individual floats softly under the body of the passive dolphin. At the moment before the mating, the male touches the female and after that, they mate joining their bellies. However, other species are aggressive and bite or scratch their partner.

The act is brief and lasts for a few seconds although it can be repeated several times in a short time interval.

The males can be very aggressive with females that aren’t very responsive to the advances, but if she is receptive to the male, then he seems to be more relaxed. There can be plenty of touching and interacting with a pair of dolphins before mating takes place. The pair will likely engage in mating several times over a period of a few days.

The pregnant female has a gestation period according to its species. The most usual time is between 11 and 12 months. Incredibly, the gestation of an orca lasts about 17 months, more or less. For all other species, it is in that given range, and even location can play a role in when the offspring will be born. In some regions, the birth period coincides with the nurturing season for the calves.

It is very rare for twins to be born, but there are a few cases. Almost all births though are singles, and it is quite an amazing experience.

When a female feels she will deliver her calf, she tends to move away from her pod and separates herself to an area near the water surface to facilitate the first breath of her calf.

They usually have one offspring, and the first thing that comes out of the mother’s body is the dolphin’s tail. A calf is born measuring between 90 and 120 centimeters and weighing approximately 18 kilograms. Immediately the mother pushes her baby to the surface to obtain oxygen. 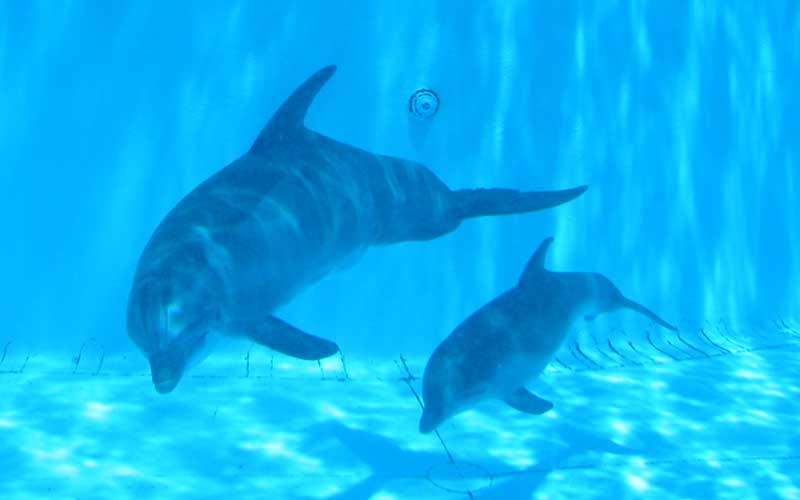 Mother with her calf.

The newborn has dark skin and lighter bands that run through his torso called fetal bands that disappear after several weeks. Both the dorsal fin and the pectoral flippers are very soft but harden over time; The dorsal fin stiffens a few hours after birth.

The young can weigh 23 to 65 pounds at birth. They will consume milk from their mother for one year to 3 years being introduced to fish and squid though when they are around four months of age. The fat in the mother’s milk helps them to grow very quickly.

The calves are coordinated to swim, they have their eyes open, and their senses are fully alert.

At the same time, other dolphins of the pod keep close to the offspring and the mother. When the pod is in movement, the young are at the center of it, with protection all around to help them have the best chance of survival.

Dolphins can stay up to 4-8 years with their mother.

The behavior of females with their offspring is different according to each mother. Some are comfortable allowing their calf swimming almost freely, but others are more “overprotective.” Very much like human mothers. If a child is healthy the mother is calm, and her behavior is normal, but if her offspring have health problems, she behaves abnormally.

During the first days of life, a baby is nursed every 20 minutes during the 24 hours and usually follows its mother when swimming. Breastfeeding lasts for 2-3 years, but Dolphins can stay up to 4-8 years with their mother, often helped by some other female.

After being fully weaned, the males will leave the pod and join another one while the females may live in the same pod as their mother for their entire life.

A mature dolphin will usually only have one calf every 3 to 6 years. This slow rate of reproduction is one of the common problems that makes it hard to increase the numbers of any species of dolphin.

Dolphins can have a long life under natural conditions. According to the species, its longevity is between 20 and 80-90 years.