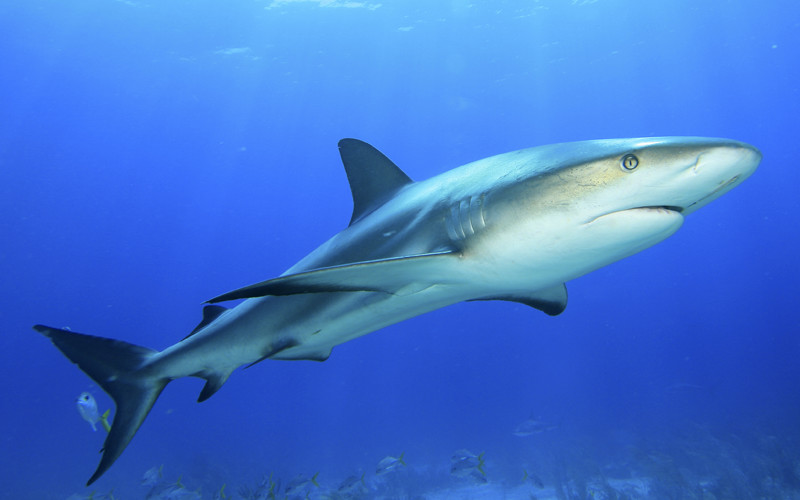 Dolphins have an exceptionally high-fat content, which makes them and other cetaceans an excellent source of nutrition for predators who stalk throughout the ocean. However, dolphins are more trouble than it’s worth and most predators learn to avoid dolphin pods, including sharks.

Dolphins will circle protectively around the weak members of the pod, and viciously attack anything that approaches in a threatening manner. And they can kill sharks. Most predators take one look, and then just swim away.

Like any animal, dolphins are sometimes victims to other species that seek to feed on them or get some other benefit from their body. But besides humans and other aquatic animals, they have a small number of natural enemies. In fact, some species do not have any.

In fact, the natural predators of dolphins kill very few specimens compared to the deaths of those predators who do not belong to their aquatic environment.

PREDATORS IN THEIR NATURAL HABITAT

Orcas (Orcinus orca) and large sharks dispute the title of “The most dangerous predator of dolphins,” and is that both, with their size and other physical characteristics and, of course, their natural need to feed on meat, find dolphins attractive.

Killer whales.
For some species, this mammal is the most deadly predator, and it is also a dolphin! Orcas feed on a wide variety of fish, mollusks, and crustaceans, but if they find a dolphin, they do not hesitate to grab it and feed on it. They usually catch the smallest individuals, the small species or the young.

Sharks.
It is common that sharks kill dolphins. Usually we hear that sharks are the mortal enemies of dolphins, but in reality, this is only because of their feeding instinct and not a particular “hate” or antagonism towards dolphins.

In some regions, sharks are the most dangerous group of predators that dolphins have to face, such as on the east coast of the United States. Sharks have species preferences; For example, bottlenose dolphins (Tursiops truncatus) are the favorite of the sharks mentioned above. 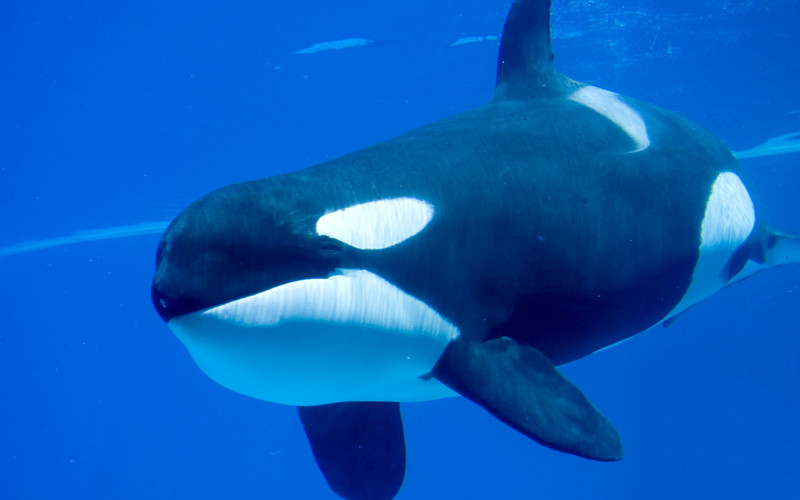 Some researchers suspect that the attacks on dolphins do not always intend to kill for food, but only to defend what they consider their territory. However, scars on the skin of dolphins indicate that bites are evidence that sharks strike from below and behind the dolphins.

A surprising fact for many people, regarding the relationship between dolphins and sharks, is that they can tolerate each other perfectly in the same area and feed on the same bank of fish. Sometimes they completely ignore each other despite being a few meters apart.

But dolphins also defend themselves. Although they usually avoid sharks or flee from them, if necessary, they show aggression and show their most powerful defense system: The pod! When the group is together and alerted, sharks prefer to go away and avoid the pod which can quickly kill him.

Bottlenose dolphins sometimes attack these predators by striking their bodies with the caudal fins (tails). However, this defensive behavior is not very common with sharks.

THE MOST DANGEROUS PREDATOR

In some countries, people eat cetaceans, including dolphins. In Japan, the meat of some species is seen as a delicacy and can cost up to $25 USD a pound.

In Peru and some other Latin American countries where the fish is becoming scarce due to overfishing or environmental conditions such as El Niño, desperate fishers have turned to catch dolphins and porpoises to sell them in fish markets.

Even more, there are some countries like the Faroe Islands, where killing and eating cetaceans, including dolphins, is a longstanding cultural tradition.

The presence of humans on Earth does not give dolphins many possibilities to survive. In the dynamic predator-prey, one side has to die so the other lives, but what happens when it is not about survival, but about business?

Without a doubt, humans are the biggest predator of dolphins. Their commercial activities endanger the life of these cetaceans directly and indirectly. Let’s look at some:

The highest numbers of dolphin killings are in Asia, Africa, and South America. Dolphin meat is consumed in several parts of the world even though it is suspected to have high concentrations of mercury. Thousands of dolphins die every year, and the annual slaughter in Japan is infamously known. Sadly, dolphins put little or no resistance when massacred by humans.

Tragically, the largest group of dolphins killed by man are those killed by accident or incidentally during large-scale fishing operations. Dolphins and other cetaceans that swim into these nets following fish, become entangled and drown when they can’t reach the surface to breathe or tear off parts of their body in their struggles to escape.

Dolphins die when incidentally caught by gillnets and trawl nets, without the intention to hunt these cetaceans.

Fishers have found that tuna swim beneath dolphins in high numbers, so they get caught when nets are deployed to catch tuna. Though the surviving dolphins are released, estimations indicate that at least 30 million dolphins have been killed in this way since the observations began in the 1960s.

Reduction of the habitat.

The construction of structures and the contamination reduces the number of healthy habitats turning some of them unsuitable. Intimately linked to pollution.

Every day millions of gallons of polluted water, toxic substances such as pesticides, heavy metals, plastic trash and hundreds of other hazardous materials are released into the ocean and the rivers. Their habitat becomes contaminated and causes illness and death. Especially, river dolphins are dangerously threatened by pollution because most of the rivers where the five river dolphin species live have high concentrations of pollutants.

Other unfortunate accidents are also deaths by collision against propellers or any other parts of boats.